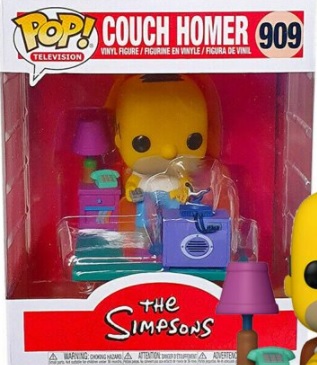 The Simpsons animated sitcom television show has been on-going since 1989. Relive, reminisce, and bring the family together for your collection with the The Simpsons Pop! Homer Simpson sitting on his iconic couch! Vinyl figure is approximately 4.25-inches tall.